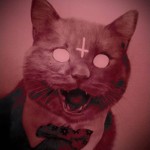 DDoSecrets published the trove Friday afternoon. Privacy advocates say it shows how pervasive law enforcement’s eye has become, and how lax its data protection can be.

LAW ENFORCEMENT USE of surveillance drones has proliferated across the United States in recent years, sparking backlash from privacy advocates. But newly leaked aerial surveillance footage from the Dallas Police Department in Texas and what appears to be Georgia’s State Patrol underscore the breadth and sophistication of footage captured by another type of aerial police vehicle: helicopters.

The transparency activist group Distributed Denial of Secrets, or DDoSecrets, posted a 1.8-terabyte trove of police helicopter footage to its website on Friday. DDoSecrets cofounder Emma Best says that her group doesn’t know the identity of the source who shared the data and that no affiliation or motivation for leaking the files was given. The source simply said that the two police departments were storing the data in unsecured cloud infrastructure.

DDoSecrets gained notoriety in June 2020 when it published a massive leak of law enforcement data stolen by a hacker associated with Anonymous. The data, dubbed BlueLeaks, included emails, audio, video, and intelligence documents from more than 200 state, local, and federal agencies around the US. The release got DDoSecrets banned from Twitter, and Reddit banned the r/blueleaks subreddit. The group, which essentially sees itself as a successor to Wikileaks, has also courted controversy by publishing leaks of sensitive data taken from the far-right platform Gab and a trove stolen in a ransomware attack on a gas pipeline services firm.

The footage the group released Friday, samples of which were viewed by WIRED, shows helicopters operating during the day and at night, capturing everything from vistas high overhead to cars lined up at a McDonald’s drive-through, and individuals standing in their yards or on local streets. The leak illustrates the inherent risk of collecting and retaining sensitive footage that could be breached.

“This is exactly one of the things that people are constantly warning about, especially when it comes to government surveillance and corporate data mining,” Best told WIRED in a text message interview. “Not only is the surveillance itself problematic and worrisome, but the data is not handled in the ideal conditions we’re always promised.»

The vast majority of the leaked footage appears to come from the Dallas Police Department. In response to three screenshots from the leak, DPD public information officer Brian Martinez wrote in an email that “the pictures show screenshots of video from the department helicopter.” He declined to comment about DPD’s data storage practices, including how long the department retains helicopter surveillance videos. “Due to security measures, we are not able to discuss data storage,” he wrote. “All video from the helicopter is available to any person requesting the video through the Open Records Act.”

A smaller subset of the data appears to come from the greater Atlanta area. The Atlanta Police Department told WIRED that the footage was not from its jurisdiction. Georgia State Patrol did not respond to WIRED’s request for comment by publication. GSP’s Aviation Division has 15 helicopters and one Cessna 182 airplane used for operations that include search-and-rescue missions. On its website the division lists other activities, including “aerial photography” and “aerial surveillance.”

“It’s a crystal-clear example of why mass surveillance makes our society less safe, not more safe,” says Evan Greer, deputy director of the digital rights group Fight for the Future, of the data leak. “Both corporations and governments are terrible at safeguarding the sensitive data that they collect.”

Police drones have gotten a lot of attention lately, because they represent a new generation of aerial vehicles capable of particularly stealthy surveillance and new types of behavior, including flying indoors. In contrast, law enforcement agencies have used helicopters in aerial surveys and monitoring for decades. But the footage released by DDoSecrets illustrates how effective helicopter-mounted cameras can be at capturing extremely sharp and detailed video close to the ground. Helicopters can also carry heavier surveillance equipment than what can be affixed to basic quadcopters or other types of low-cost drones.

“People think of police helicopters as traffic copters, but they’re so much more than that,” DDoSecrets’ Best wrote. “They carry technology that lets police watch people who have no idea they’re being watched. It’s important for people to understand what police technology is already capable of and what it could be capable of soon. There can’t be informed discussions or decisions otherwise.”

Such broad use of helicopter surveillance augments privacy advocates’ concerns about drones. UAVs are much cheaper and easier to purchase and operate than helicopters and can still be outfitted with an extensive array of sensors.

“Camera and zoom tech is getting cheaper and lighter all the time,” says Matthew Feeney, director of the Cato Institute’s Project on Emerging Technologies. “We need to always think of aerial vehicles like drones as a platform for other surveillance tools including cameras, stingrays, thermal imaging, and facial recognition software.”

In the case of the leaked helicopter video, Best notes that much of the footage is time-stamped from 2019 and that retention limits should be a crucial priority for police departments. Similar discussions have come up about the need for deletion policies when dealing with police body cam footage. It’s possible that some of the leaked helicopter footage was retained because it is still relevant to an active investigation, but many of the files capture hours in real time and focus on disparate, seemingly unconnected activity, places, and people.

Privacy advocates particularly emphasize the stakes of securing aerial police surveillance data, given that such footage could be valuable in a number of ways for stalkers, attackers seeking materials for blackmail, domestic or foreign terrorist groups, or those conducting espionage operations.

Some of the leaked Dallas and Atlanta footage reflects the types of uses you might expect from police helicopters: crowd surveillance over stadium parking lots on game day, for example, or officers pulling a car over. But other scenes in the footage have a more aimless, roving quality.

“I haven’t heard specifically about helicopters being used in this way,” Fight for the Future’s Greer says. “It’s totally unsurprising, but it is alarming. At least in an urban setting, you think of police helicopters showing up when there’s something specific going on, but anecdotally you also hear about them being used for intimidation purposes, like flying really low over neighborhoods where residents are predominantly people of color.»

In Minneapolis, for example, residents have consistently reported intense police helicopter traffic overhead ever since the protests and riots in summer 2020 that followed George Floyd’s death. And though helicopters are a familiar technology, their use in law enforcement surveillance comes with long-standing privacy concerns. In 2004, a New York Police Department helicopter scoping out an unpermitted mass evening bicycle ride in Manhattan captured almost four minutes of night-vision-enabled footage of a couple having sex on a secluded penthouse terrace.